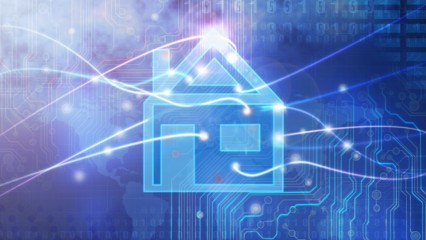 New GfK research shows that half of people internationally believe smart home technology will make an impact on their lives in the next few years, compared to just a third who say the same for wearables.

The study, which covers seven countries, asked consumers to choose which of 11 leading-edge technologies – from 3D printing to augmented/virtual reality to Internet of Things — would have an impact on their lives in the next few years. (Respondents could choose as many technologies as they wished.)

Data is currently released for Brazil, USA, UK, Germany and South Korea (China and Japan to follow) – and the results indicate a strong international interest in smart home technology, with just over half (51 percent) of consumers backing it. This is well ahead of the third (33 percent) of people who believe wearables will impact their lives, and on a level with mobile payments (54 percent).

The full study, which is available for purchase as in-depth country reports, also looked at what each country’s consumers want from smart home technology, their preferred suppliers, and the main barriers hindering uptake.

Internationally, the areas of smart home technology applications that have greatest appeal for consumers are ‘security and control’ and ‘energy or lighting’ (55 percent and 53 percent respectively), while ‘entertainment and connectivity’ comes third (48 percent). ‘Health’ and ‘smart appliances’ are neck and neck in fourth place at 43 percent each. But when it comes to the different countries, this broad picture shows strong national variations – such as the appeal of security and control which stands at over a third (38 percent) in the UK, but over a half (54 percent) in the USA and South Korea.Read more